The 5th Keio-Stanford Webinar was held on Saturday, October 16, 2021. The theme of the event was "Transdifferentiation by Manipulating Transcriptional Factors," with the Department of Anesthesiology, Perioperative and Pain Medicine (SLDDDRS) at Stanford School of Medicine; and the Department of Physiology at the School of Medicine and Yagami Data Security Lab at Keio University, acting as hosts, while KGRI; the Life Science Innovation Network Japan (LINK-J); and the Japan Science and Technology Agency (JST) served as co-hosts. Approximately 100 people participated in the session, which took the form of an online seminar.

To begin, Professor Toshihiko Nishimura (SLDDDRS, Stanford University School of Medicine) and Professor Hideyuki Okano (Keio University School of Medicine; Head of International Advisory Board of SLDDDRS) delivered the opening remarks, explaining the significance of the Keio-Stanford Webinar and giving an overview of transdifferentiation from somatic cells, the theme of the event.

The event then continued with lectures from four speakers.

A question and answer session in a panel discussion format took place after all presentations finished, occasioning lively exchanges between audience members and responding panelists.

Professor Hideyuki Okano and Professor Peter Kao (Stanford University School of Medicine, SLDDDRS) delivered the closing remarks and summarized the webinar. In addition, it was announced that the next Keio-Stanford Webinar will be held on the morning of Saturday, November 6, Japan time (the evening of November 5, US) with the theme of Functional Genomics. Professor Howard Chang, renowned for developing ATAC-seq, will also be appearing. Overviews of the latest research findings, and lively discussions involving early career and seasoned participants, ensured that this proved to be a webinar of notable research and educational value. 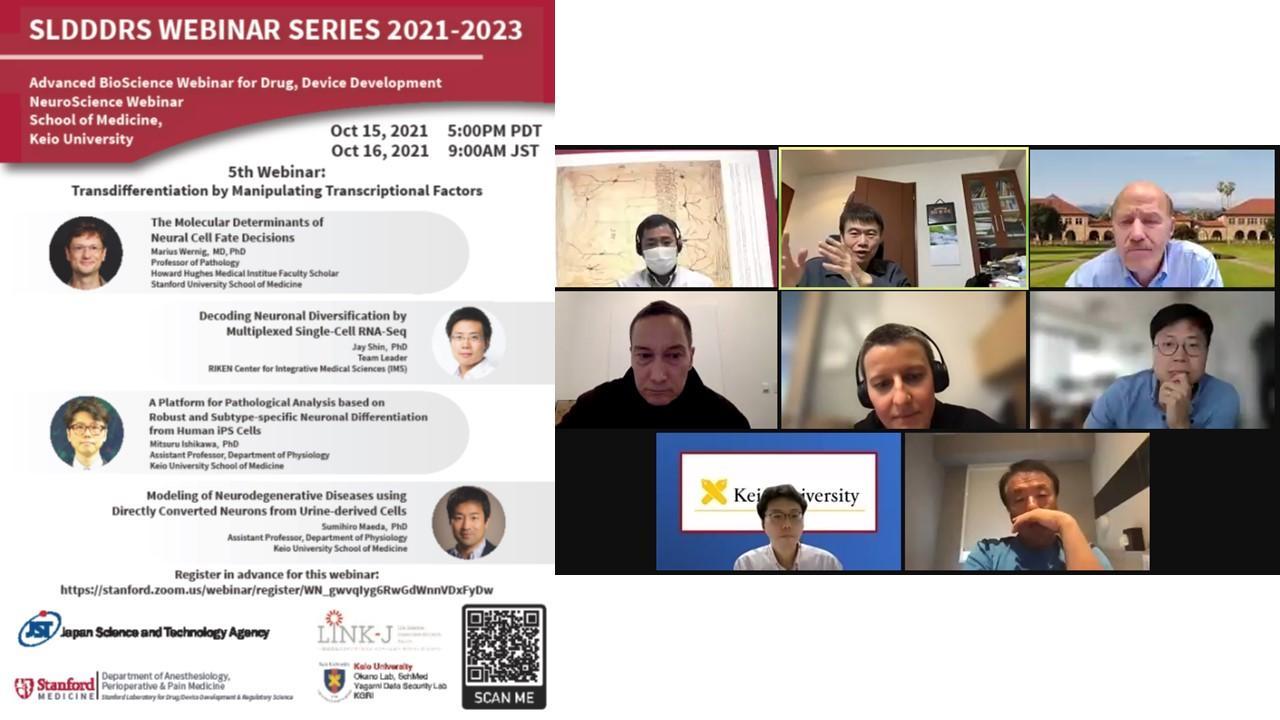