The 1st Keio-Stanford Webinar was held on Saturday, January 30, 2021, on the theme of neurodegenerative diseases. The webinar was hosted by the Department of Anesthesiology, Perioperative and Pain Medicine at the Stanford University School of Medicine and the Department of Physiology at the Keio University School of Medicine, in cooperation with Life Science Innovation Network Japan (LINK-J) and KGRI. Approximately 100 people participated in the online seminar. Future events are due to be held bimonthly covering a variety of topics over the next three years to deepen ties between Keio University and Stanford University.

The event then continued with lectures from four speakers:

During the Q&A session, the panelists and audience members asked questions such as the below, making it a very lively session and the webinar an extremely informative and valuable event: 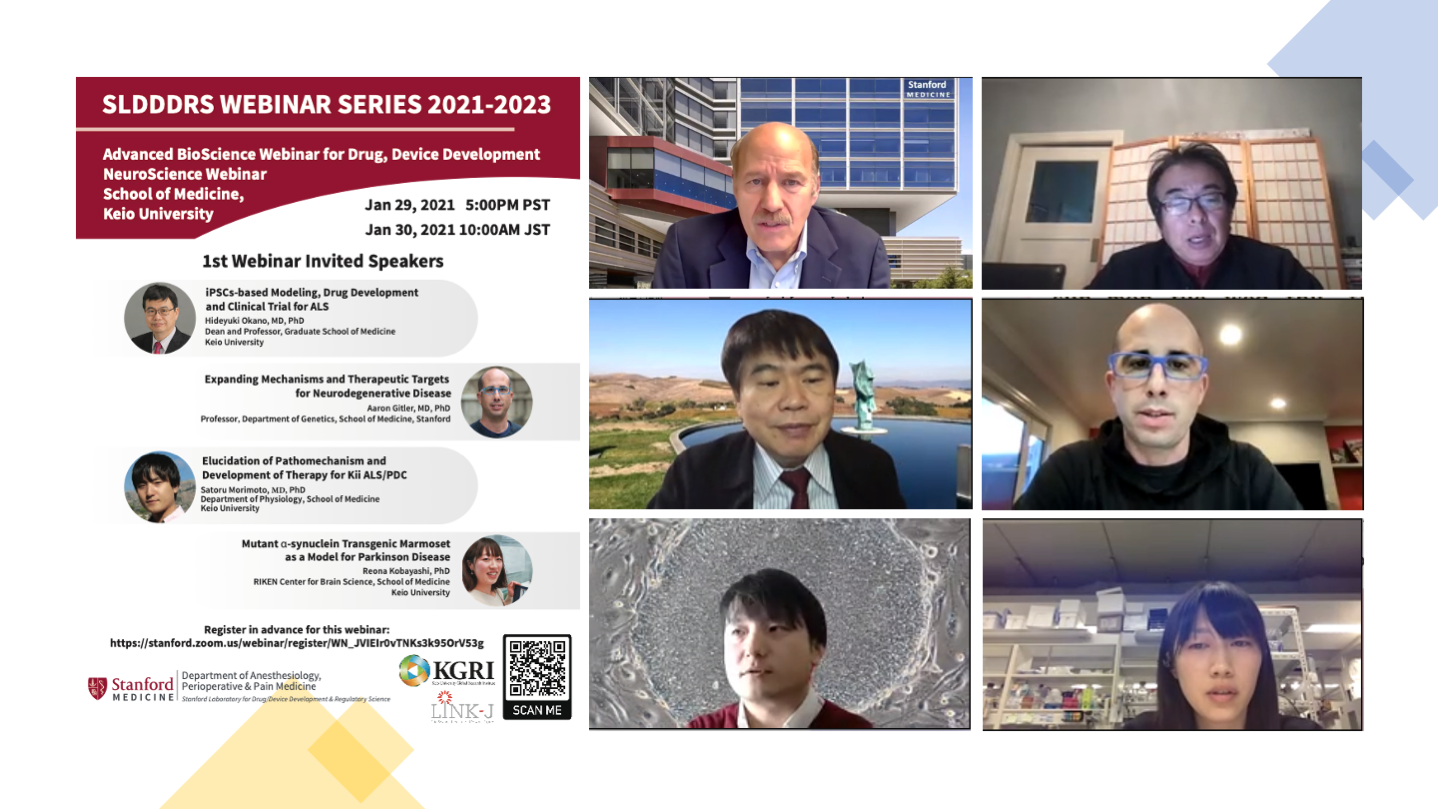