Japan's population of elderly persons is projected to reach around 40 million in 2040, with Japan then destined to become a super-aged society unlike any other in the world. Due to the increasing seriousness of various social challenges, such as a rapid decrease in the working population, increases in the numbers of people requiring long-term care, and in social security costs, it is predicted that Japanese society will no longer be able to sustain itself in its current configuration.

At KGRI (Keio University Global Research Institute), after careful scrutiny of this situation, we have launched the "Research Project Keio 2040" as an initiative to maintain the "Independence and Self-respect" of individuals and Japan as a whole, as well as to formulate a healthy and robust society.

"Independence and Self-respect" is the founding spirit of Keio University, and signifies the maintenance of one's personal dignity and acting on one's own judgement with the responsibility this entails in all matters. This project aims to integrate diverse research domains, such as the sciences and technology, medicine, and the humanities and social sciences, to offer solutions to this problem of national importance by means of dialogues in increasingly multilateral contexts within academia, including student bodies, as well as with industry, governments, and overseas institutions. Furthermore, it will posit ideals of a new nation and pursue true independence by having Japan lead global society.


Aims of this project 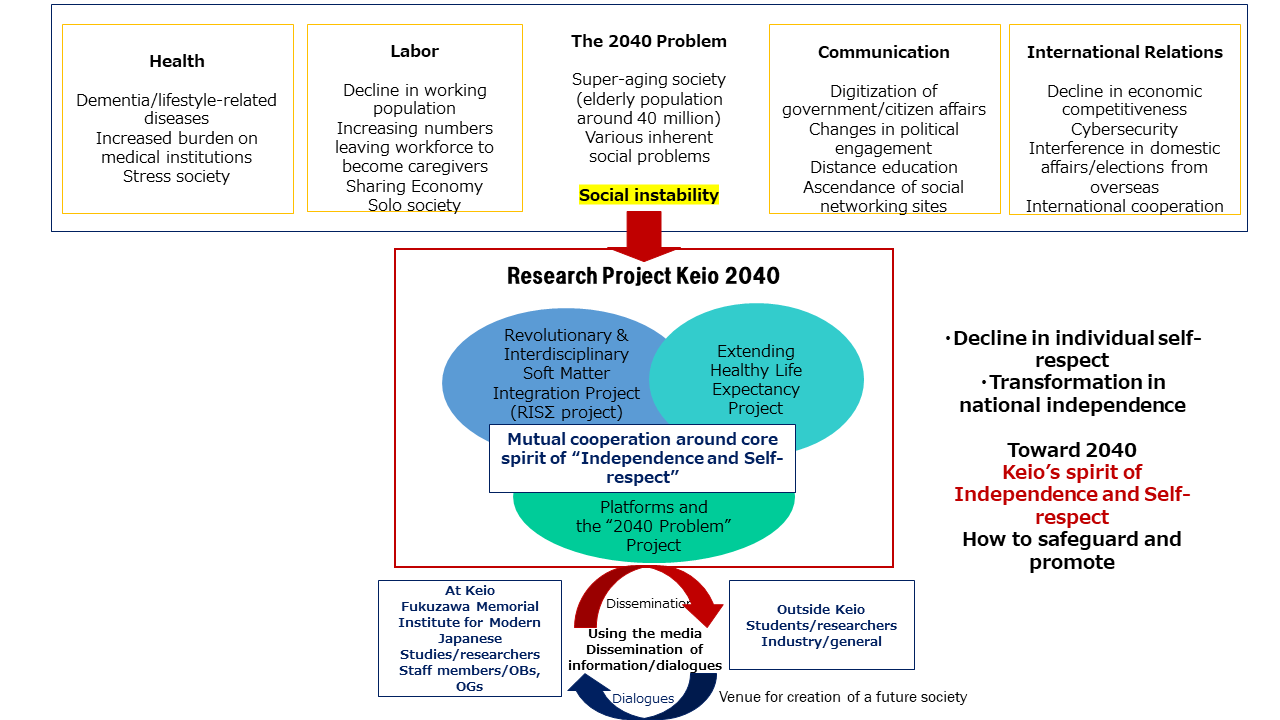 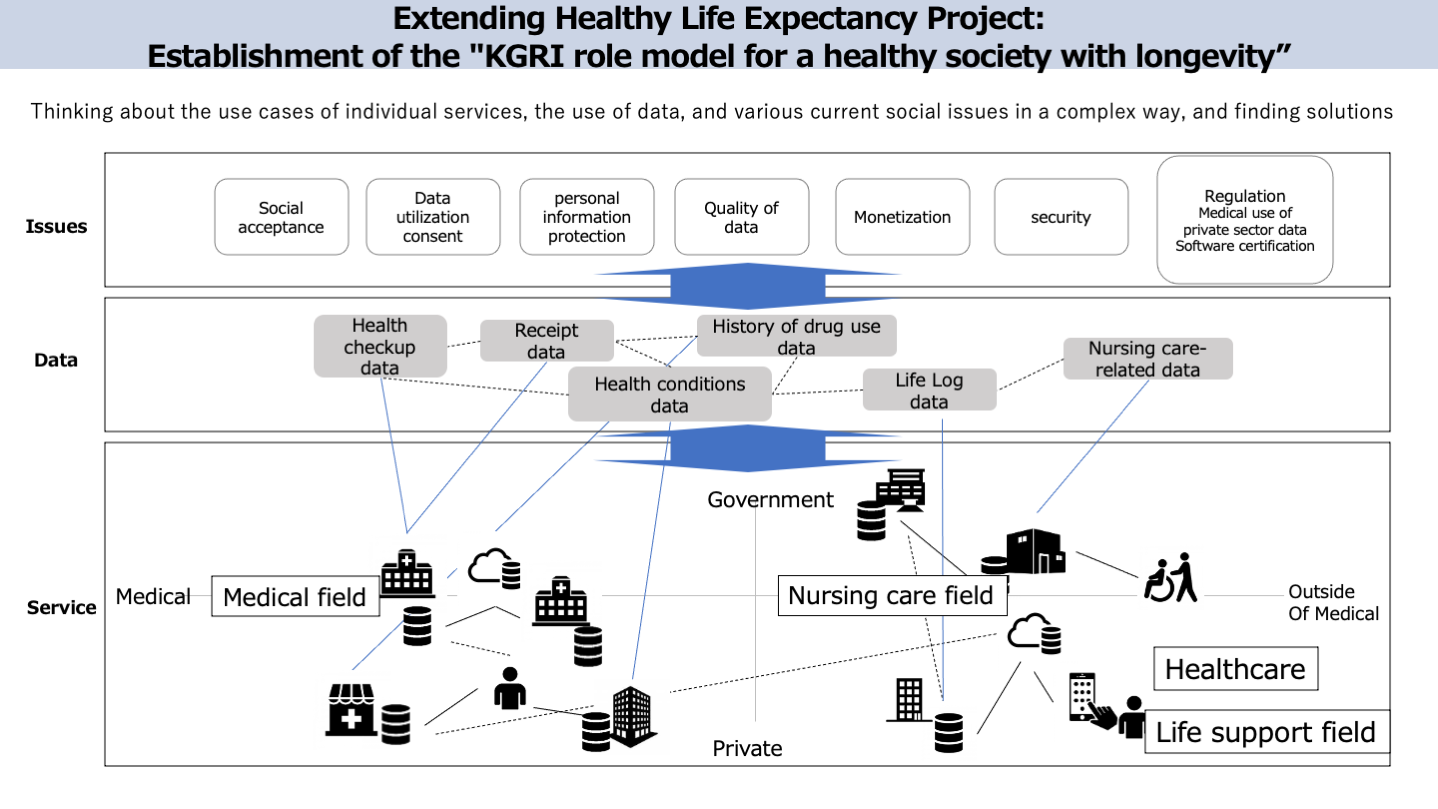 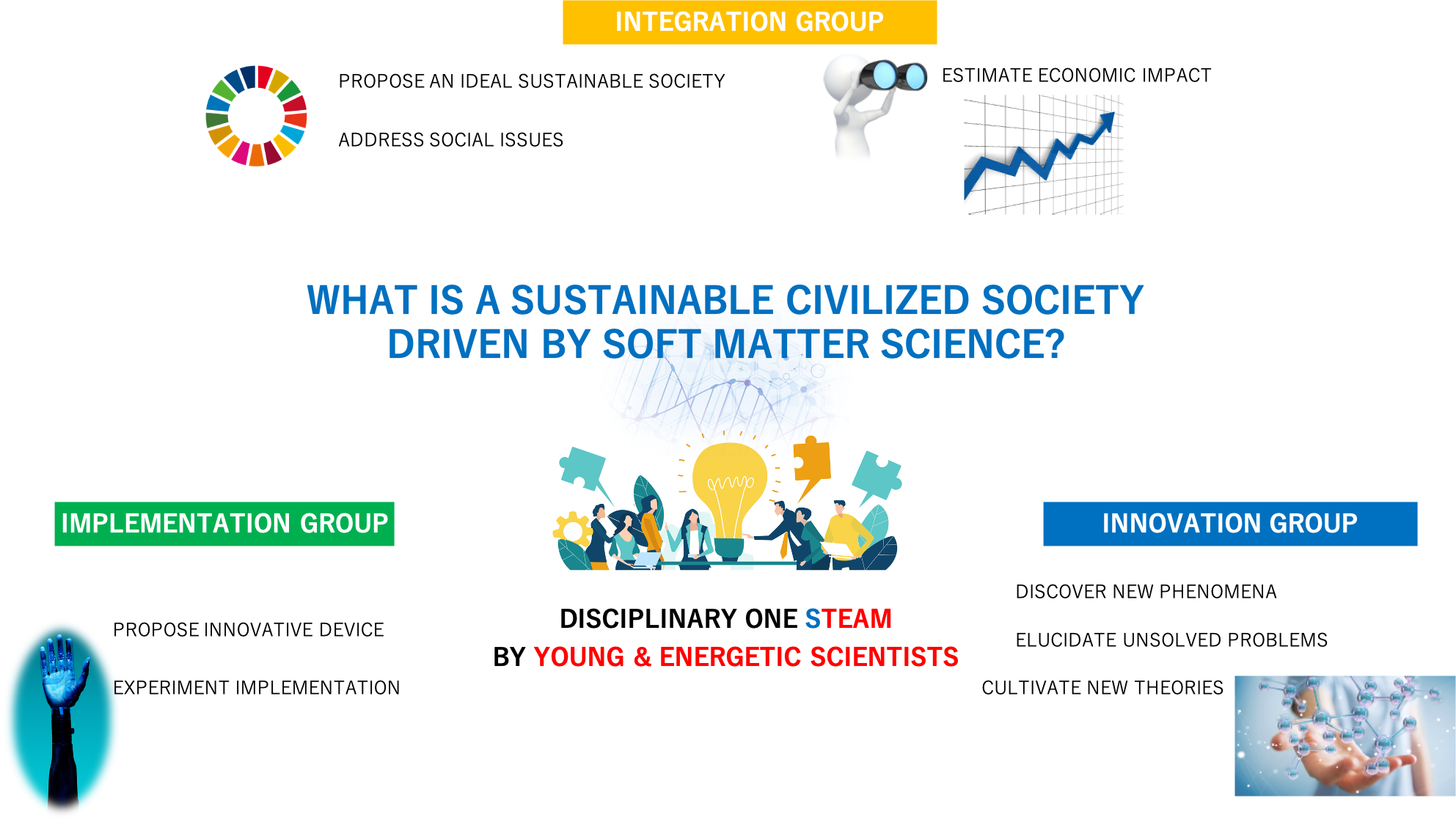 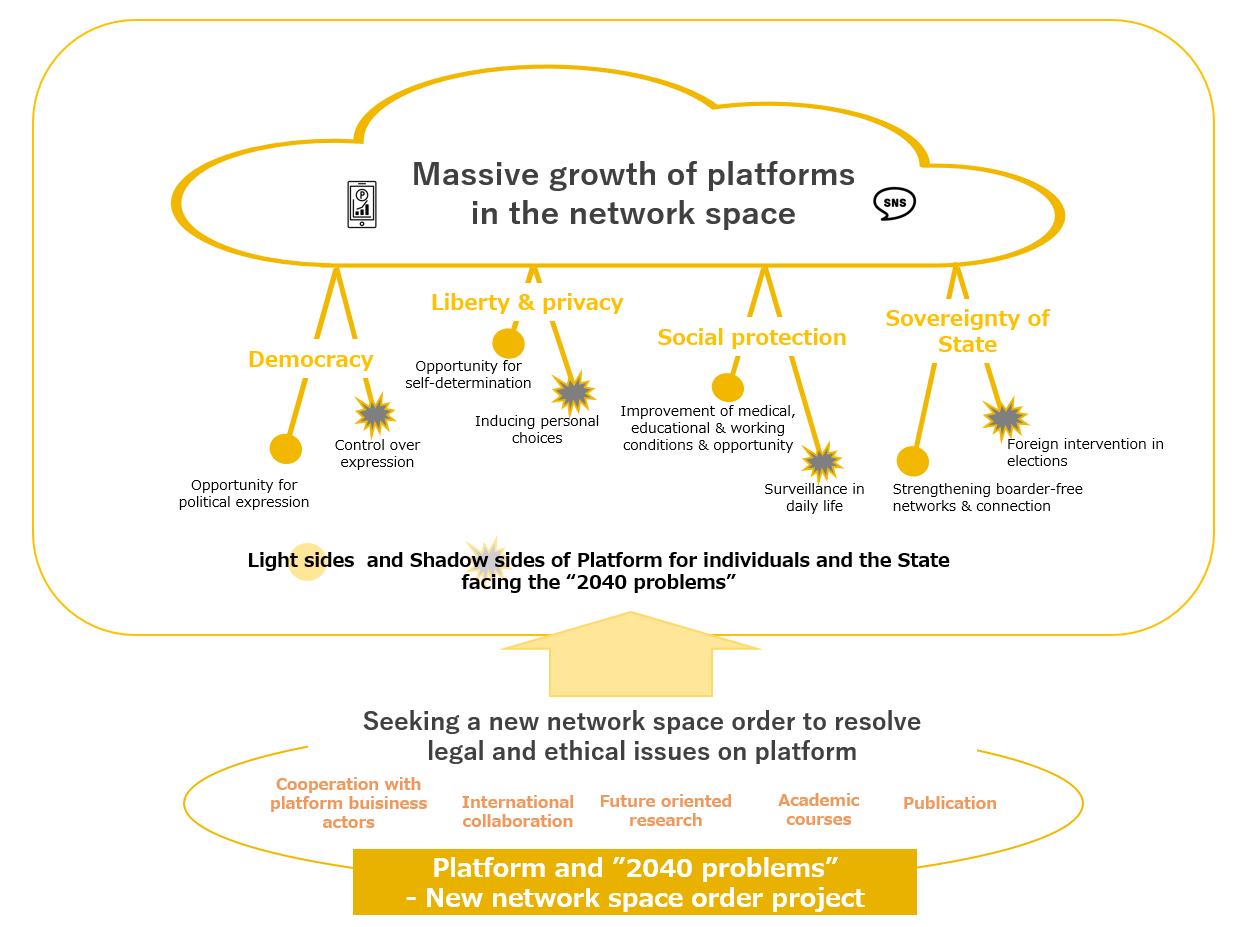 What is the venue for creation of a future society?
This project aims to surmount the national crisis of a super-aging society and create a new normal, while positioning Japan as the global forerunner. In order to achieve this, systems transcending the traditional frameworks of universities as locations of cutting-edge research and scholarship will be required to both disseminate visions of the future as elucidated by researchers, as well as the mindset behind their conceptions, and to flexibly incorporate social responses into project activities. To this end, the consistent participation of a diverse range of actors across frameworks, including national borders, generations, regions, and industries, combined with advanced research bringing together know-how from the sciences, engineering, medicine, and the humanities and social sciences, will be instrumental. This project will also function as a venue for the creation of a society in which all its members are imbued with individual self-respect and live both robustly and flexibly in the face of a super-aging society.
We plan to share regular details and reports on these activities on the following website going forward.