How to keep the world safe from misuse of the Internet 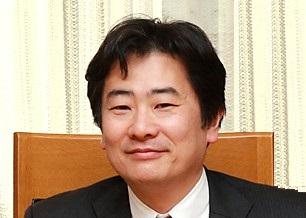 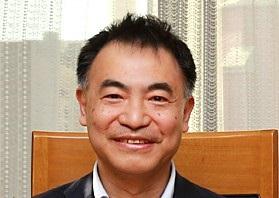 In "cyberspace," which is the world of the Internet, cybercrime takes place on a daily basis. Electoral intervention took place in the 2016 US presidential elections, and in Japan, information was stolen from companies in the defense industry through cyberattacks.
"Today, people with cyberweapons are spreading out across the world. We don't know who has these weapons, when they will attack, or even that they have attacked."
This is what Professor Motohiro Tsuchiya (Graduate School of Media and Governance), dean of the Keio University Faculty of Policy Management and a senior researcher at the Keio University Global Research Institute (KGRI), says.

What rules are being set by the international community to keep cyberspace secure? How should Japan respond?
We spoke to Professor Tsuchiya, who was a recipient of the 15th Nakasone Yasuhiro Award of Excellence for his research and proposals on the "influence of cyberspace on the international security environment."


Within the spread of the Internet 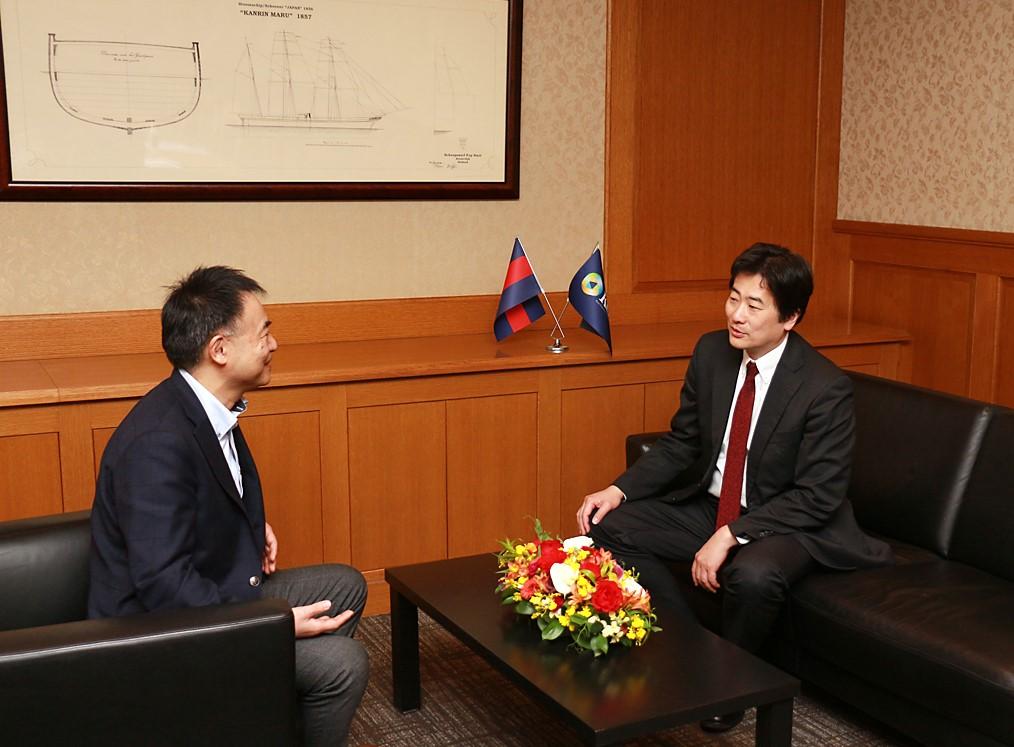 Later, while carrying out research against the backdrop of the global spread of the Internet, Professor Tsuchiya was confronted with 9/11.
"I was carrying out research in the US in 2001. On September 11, I was in San Francisco at a conference. There were no flights so I was stuck in a hotel. I was watching TV at the hotel, and there was a lot of coverage about intelligence agencies such as the FBI, CIA, and NSA on the news, with debates on 'why the US couldn't prevent the terrorist attack from occurring. "
"Until then, I had only seen intelligence agencies and spying activities in Hollywood films, and I was never taught about them in my international politics classes in Japan. But while watching these news reports, I began to think more about them."
"At the same time, I intuitively thought that from then onward, the Internet was going to be misused. For these attacks, the terrorists reserved hotels and plane seats on the Internet, and also communicated with their associates in the Middle East through the Internet."
This experience of witnessing the abuse of the Internet before his very eyes led Professor Tsuchiya to begin in earnest his research into "cybersecurity," which considers the safety of cyberspace.

Is the Internet facilitating divide?

The misuse of the Internet has continued to increase since, and today, cybercrimes are taking place every day. Cyberattacks are also on the rise.
"The Internet until then was designed with the aim of connecting the world, going beyond national borders and government frameworks. Today, however, we are moving toward a time in which the Internet is tampering with our minds and interfering with what we think and believe."
Professor Tsuchiya gives the electoral intervention by Russia that took place during the 2016 US presidential elections as an example. The US stopped the second Russian intervention during the 2018 midterm elections by infiltrating the Russian network. Feeling a sense of danger after the US retaliation, he says that Russia disconnected its network from the global Internet.
"In this way, division has been prompted around the world. The role of the Internet, which originally aimed to 'freely share global ideas and advance science' is starting to fall apart. From here onward, discussions will probably shift to how networks should be maintained, or whether or not to create something new beyond the Internet."


The international community and cyberspace today

The debate on how to keep cyberspace secure is ongoing actively around the world today.
Professor Tsuchiya, who represented Japan at the Global Commission on the Stability of Cyberspace (GCSC) until December 2019, says that "many discussions are being held both by the UN and in the private sector."
"However, as things currently stand, it would be very difficult to make policy agreements such as international treaties," says Professor Tsuchiya.
"Each country thinks too differently. China and Russia say that 'it is important to establish national sovereignty within cyberspace.' The US and other democratic nations supposedly say that 'it is important to maintain a medium that enriches people's lives and facilitates communication,' but behind the scenes, both sides are spying on other nations." 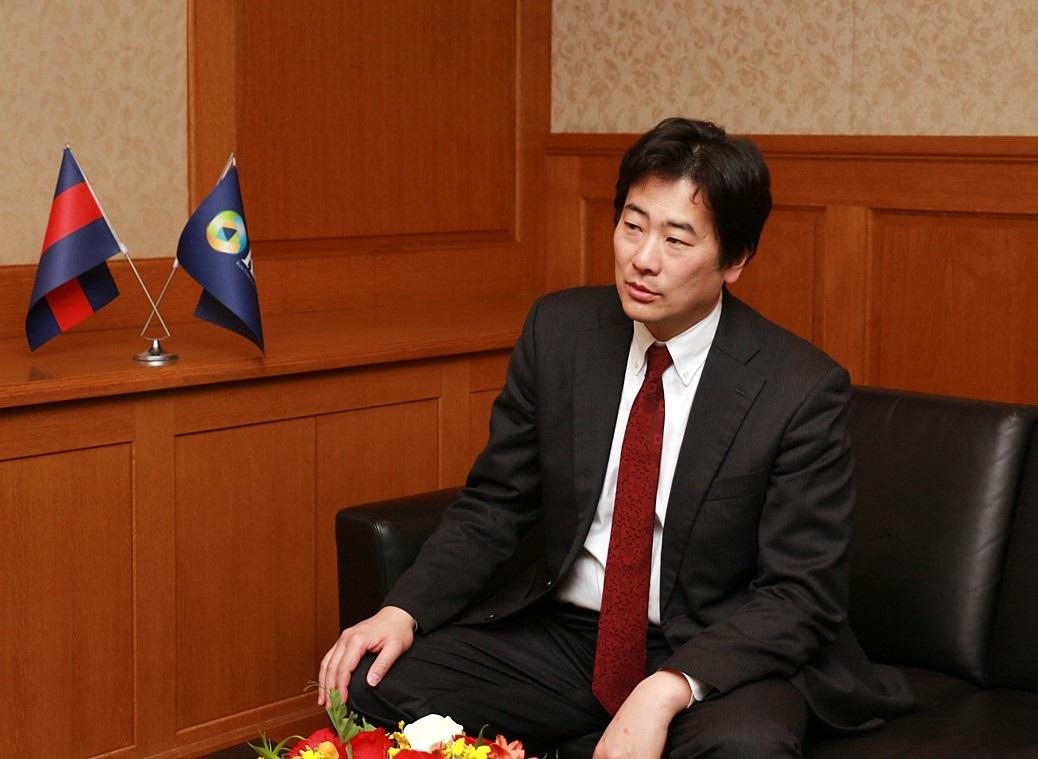 "Cyberspace is in a state of turmoil at the moment. On the one hand, countries like China and Russia with an authoritarian style of government filter information concerning citizens through censorship, while on the other, countries with democratic governments cannot forcefully acquire data from citizens."
"But even under these circumstances, according to my student's research, in the US, global tech corporations such as GAFA (Google, Amazon, Facebook and Apple) are collecting customer information; however, we don't know whether or not GAFA will take orders from the government. Europe has enacted the General Data Protection Regulation (GDPR) for fortification, but just as they attempt to walk down their own unique path, the UK broke away. It is difficult to build a democracy while making use of data to change society."
"The geopolitical and geoeconomical logic of the international community is also reflected in cyberspace. Some people think that 'cyberspace' is a place floating up in the air but it is on no account detached from the real world."


What will Japan do?

"Cybersecurity exists in the world of spying. Today, every country in the world is establishing a cyber force or cyber unit, which daily carries out activities such as stealing information from other nations without declaring war, looking for vulnerabilities that can be used if war breaks out, and stealing the latest weapons technologies," explains Professor Tsuchiya.

"How should Japan respond under these circumstances? Japan cannot assault or surveil other nations because Article 9 of the Japanese constitution stipulates a nonaggressive defense policy and the secrecy of communication is stipulated under Article 21. But if the situation remains unchanged, Japan will become a victim who is unilaterally attacked."
"When attacked, the US, UK, China, or Russia will thoroughly investigate who they were attacked by. The US has infiltrated the networks of nations that it regards as an enemy, such as China, Russia, North Korea, and Iran, since the beginning, and has always had them under surveillance."
"Japan does not monitor networks because secrecy of communication is protected by the constitution, and there are laws prohibiting unauthorized access. Although the Japan Self-Defense Forces (SDF) have a cyber defense force, they will only protect the networks of the SDF and the Ministry of Defense unless they receive a defense mobilization order. There were concerns on whether or not this was acceptable." 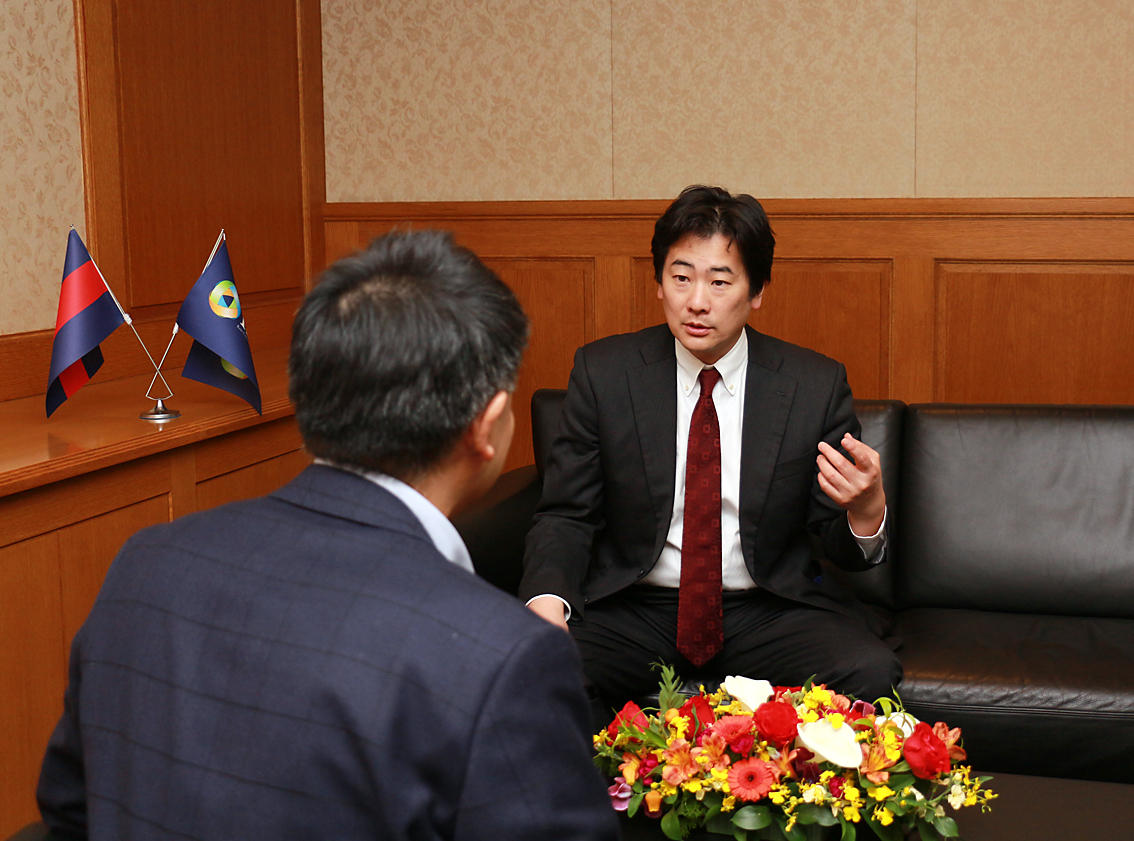 Professor Tsuchiya was involved in the review of the National Defense Program Guidelines from August to December 2018 through the government's "Council on Security and Defense Capabilities."
"At that time, members of the council discussed the need to enhance defense by combining 6 areas: space, cyber, and electromagnetic waves in addition to land, air, and sea."
"It is a proposal that attempts to advance our defense a step forward. Wars up to now began with a declaration of war. But wars in the cyberworld are not like this. There are already victims and greater harm is expected, so shouldn't Japan also rush to put countermeasures in place?"
"Through this proposal, when the situation becomes serious after a cyberattack, it has become possible for the Ministry of Defense to carry out counterattacks to hinder activities in the attacker's cyberspace."
"Some people argue that this is a dangerous idea. Some people also say that we shouldn't lend a hand in carrying out an attack. But times have changed. Attack and defense in cyberspace are closely tied to each other."

Reflecting on his experience of being involved with cybersecurity policies, Professor Tsuchiya says that "cybersecurity research is an area in which it is difficult to manage with pure academism alone." That being said, the role of researchers who have distanced themselves somewhat from political values is significant.
"In the future, it will also become necessary in Japan to increase the scope of human resources who will take on research as well as strengthening their international presence while expanding research activities."

It is said that there are not enough personnel in the field of cybersecurity, but Professor Tsuchiya says that "teaching university students is too late. It is necessary to nurture talented children from around junior high school."
"The generation that became familiar with cyberspace while they were elementary and junior high school students sometimes do 'bad things.' They may download copyrighted contents or access sites that they shouldn't. When they are scolded or punished for this, it is important that they think about why there are these restrictions, and learn to want to use their abilities for the right reasons."
He says that "it would be nice if a place where these children feel like they want to use their abilities could be created at Keio."
"On Keio Shonan Fujisawa Campus (SFC) where I am besed, there are technology and policy researchers. AI and electromagnetic waves at the Faculty of Science and Technology are also important areas. It would be really good if KGRI, which transcends the idea of the sciences and the arts, can be a point of contact between researchers who have an engineering perspective and those who think about policies and strategies." 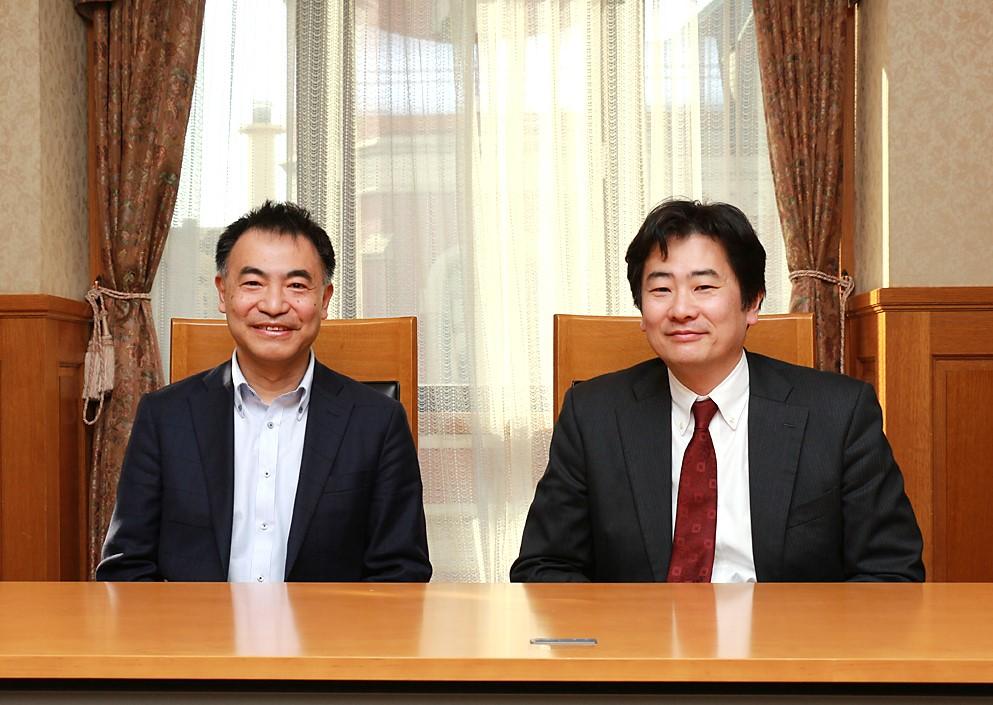 Interview on February 7, 2020
※Affiliations and positions are those at the time of the interview.