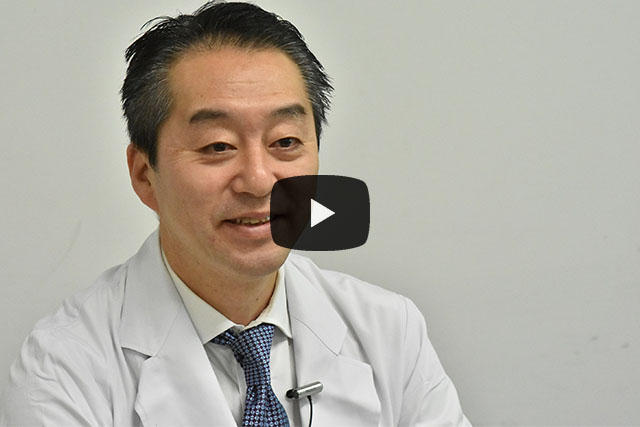 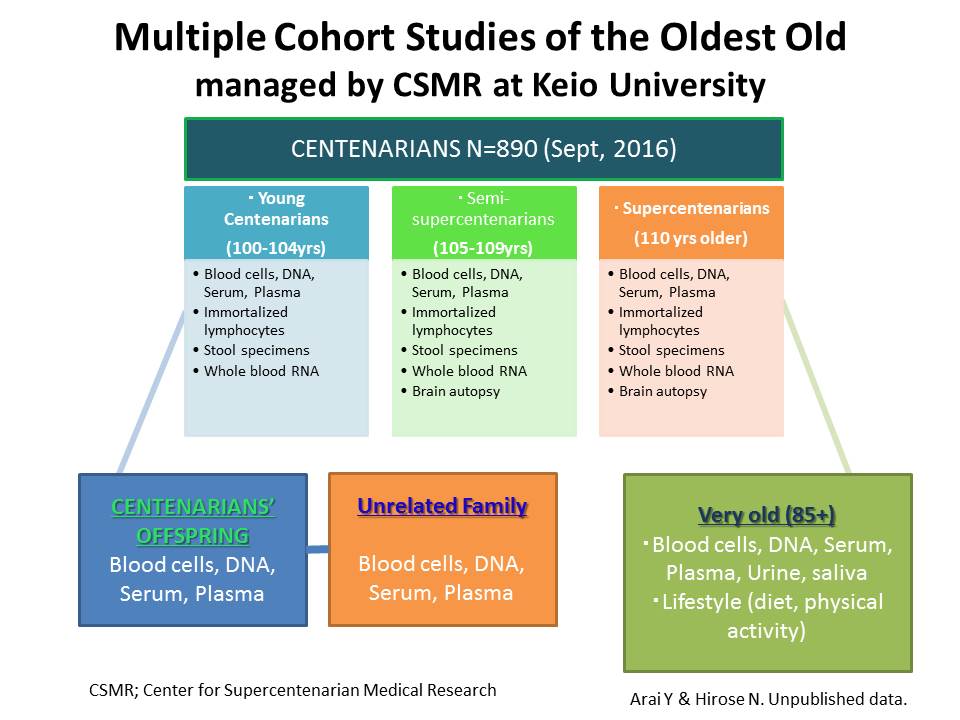 Professor Arai and colleagues are addressing medical issues which have arisen with the increase in average life expectancies worldwide. "People are growing old healthily, meaning that healthy longevity is becoming increasingly important," says Arai. For more than 20 years, Arai and his colleagues have been surveying centenarians to clarify biological mechanisms that affect healthy longevity.

Currently, various research on centenarians is being carried out all over the world. The unique aspect of the research being conducted at KGRI is that the scope of their surveys extends to persons of 105 or even 110 years old - so called supercentenarians. This research has shown that suppressing the chronic inflammation associated with aging is the key to achieving healthy longevity.

Future plans include further clarification of the mechanisms of aging at both the cellular and organ levels to support a rich and healthy longevity society.

"We are always looking for young doctors who want to conduct research with us," concludes Arai.

Please contact KGRI for further information about this research.

As of December 25, 2017
Ageing to 100 and beyond: Insights from demographic, phenotypic and genetic studies

Understanding the demographic, phenotypic and genetic features associated with ageing has been the subject of many studies worldwide. Japan offers a unique opportunity for such studies since it has a large population with a very high longevity rate. Recent studies have shown that the number of centenarians in Japan increased from 154 in 1963 to 61,568 in 2015, and has increased 4.2-fold between 1996 and 2006, compared to an increase of 2- and 1.6-fold in France and Denmark, respectively.

Researchers in Japan have previously shown that Sirt1 overexpression can alleviate acute kidney injury in a Sirt1-overexpressing mouse model. The same group has now established the mechanism that links, at least in part, Sirt1 with the pathogenesis of renal damage in diabetes.

In a recent review, Yasumichi Arai and colleagues at the Keio University School of Medicine give an overview of previous and current findings relating to the health status of centenarians in Japan. Interdisciplinary studies revealed that approximately 20% of centenarians had reasonably high functional capacity and enjoy physical and cognitive independence. Furthermore, those who were independent at the age of 100 were more likely to reach 105 (semi-supercentenarians) and even 110 (supercentenarians). These findings prompted the group to shift their research to focus on semi-supercentenarians as a model of healthy longevity.

Despite cardiovascular disease being the leading cause of death in old age, centenarians have a low risk of cardiovascular disease, with low prevalence of atherosclerosis. Prevalence of diabetes is only 6% in centenarians compared to 14.7% in the general population aged in their 70s. The prevalence of hypertension was about 60%, however, this was paradoxically found to be associated with high levels of physical and cognitive function. The authors used data from several longevity studies in order to investigate several factors, including haematopoiesis, inflammation, liver function and cellular senescence, and their association with capability and cognition during ageing. Low-level of inflammation was found to be correlated with survival, capability and cognition. Telomere length, which is a marker of cellular senescence, was more efficiently maintained by centenarians and their off-spring compare to the general population. The authors have now started a whole genome sequencing analysis of supercentenarians, semi-supercentenarians, and young centenarians.

The authors conclude that "centenarians and particularly supercentenarians can live active lives, or they have at least done so for the majority of their very long lives." Regarding the DNA sequencing study and they are confident that the whole genome sequencing and analysis of these distinct centenarian cohorts will provide clues for identifying genetic factors that could contribute to healthy longevity. 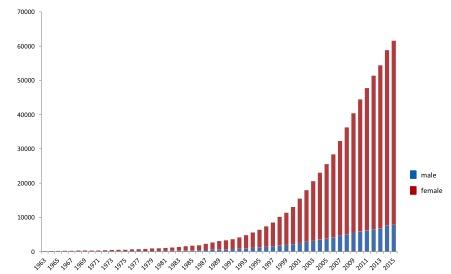