The International Centenarian Consortium (ICC) meeting, which has been held since 1989, was originally scheduled to take place in Japan in June 2020; however, it was postponed for one year due to the COVID-19 pandemic and jointly held online from June 22 to July 3, 2021, by the Center for Supercentenarian Medical Research at the Keio University School of Medicine and the Osaka University Graduate School of Human Sciences. During this period, the ICC2021 Online Conference was also held on Tuesday, June 29 from 9:00 p.m. to 12:00 a.m. Japan Standard Time, with approximately 80 researchers in the fields of longevity and centenarians participating from around the world.

Proceedings began with the opening remarks of Guest Professor Nobuyoshi Hirose from Keio University and ICC leader Professor Peter Martin from Iowa State University, during which they explained the circumstances leading up to the event being held as an online conference as a result of the coronavirus pandemic, as well as touching on topics such as the history of the ICC.

Next, the three distinguished researchers below each gave a keynote lecture during the Biomedical Session chaired by Professor Yasumichi Arai of Keio University.

Next, the three prominent researchers below each gave a keynote lecture during the Psychosocial Session chaired by Professor Yasuyuki Gondo of Osaka University.

Next, a Presentation Award Session chaired by Professor Yasumichi Arai of Keio University took place, during which Professor Kwangsung Park from Chonnam National University, South Korea, a new participant in the conference, and the student award recipients Dr. Giulia Accardi from the University of Palermo, Italy; Dr. Niccola Tesi from Amsterdam UMC, Netherlands; and Dr. Rotem Arieli from Iowa State University, United States, each gave a 10-minute presentation followed by a lively Q&A.

In the final session, Professor Ingmar Skoog of the University of Gothenburg, Sweden, announced the details of the next ICC meeting, which will be held next year from May 25 to May 28 in Marstrand near Gothenburg, Sweden. Finally, Professor Yasuyuki Gondo wrapped up the conference with his closing remarks.

Despite taking place over a short period of three hours, the six lectures by the keynote speakers and four presentations during the Award Session, along with the many Q&A sessions, ensured that this time was densely packed. While the online format of the conference proved to be a very beneficial tool for allowing people from numerous regions, including Europe, America, Oceania, and Asia, to simultaneously participate in the proceedings and debate with one another, the desire of many to conduct a meeting face-to-face after the pandemic was equally apparent during the conference. We are sincerely grateful to the three conference hosts, the Keio University Global Research Institute (KGRI), the Center for Collaborative Future Creation Project Aging and Death Study Lab (CCFC) at the Osaka University Graduate School of Human Sciences, and the NOVARTIS Foundation (Japan) for the Promotion of Science, as well as to all the people who attended. 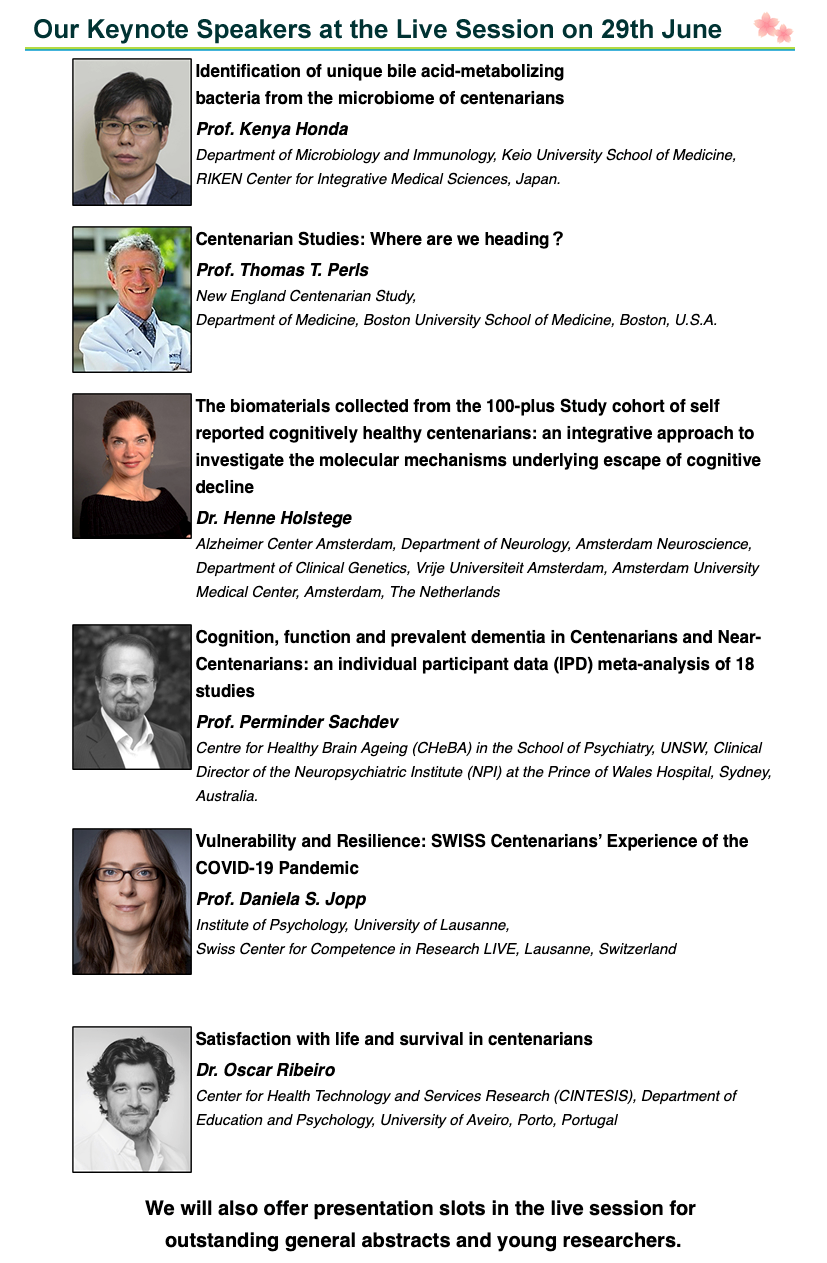 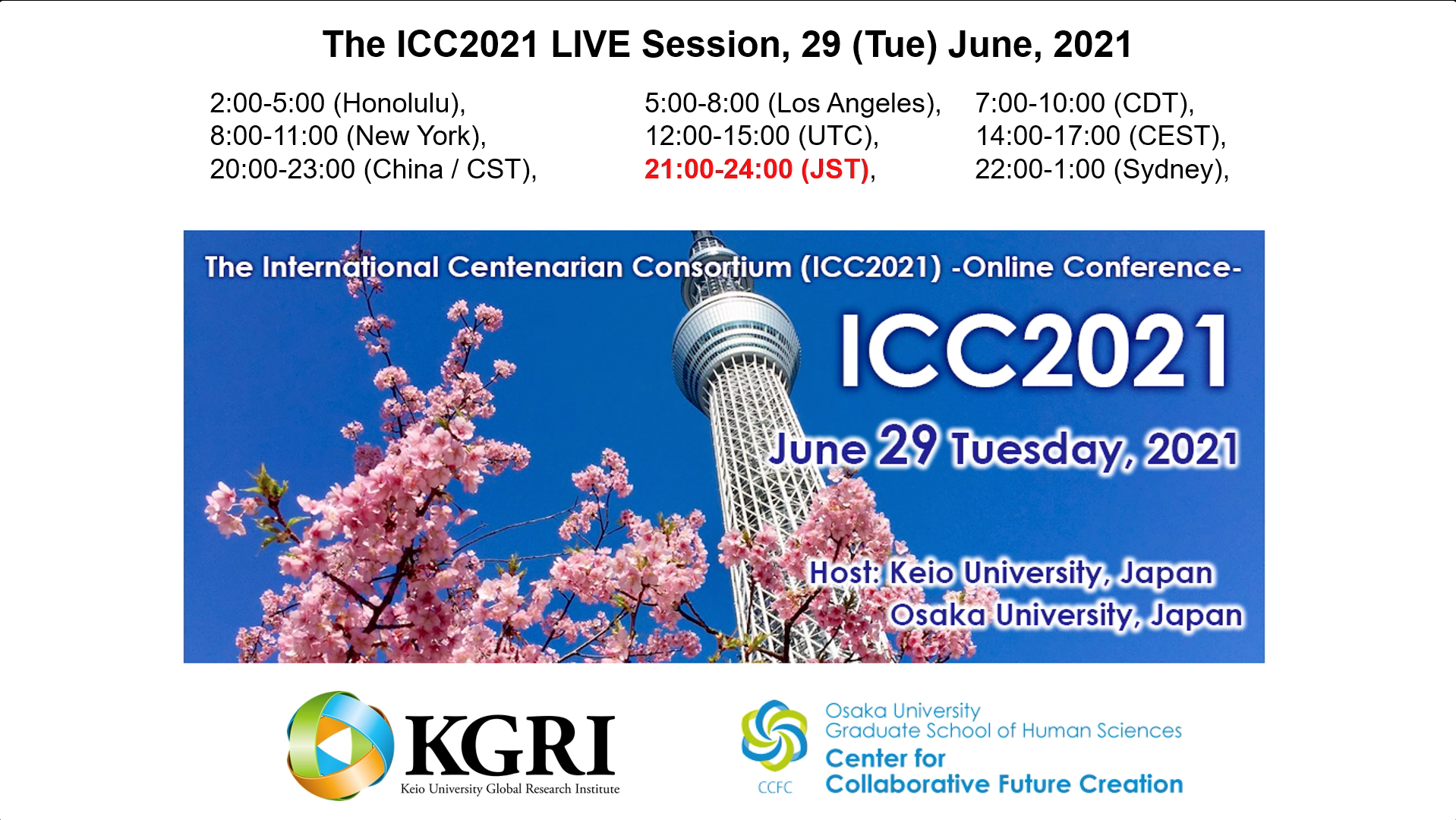 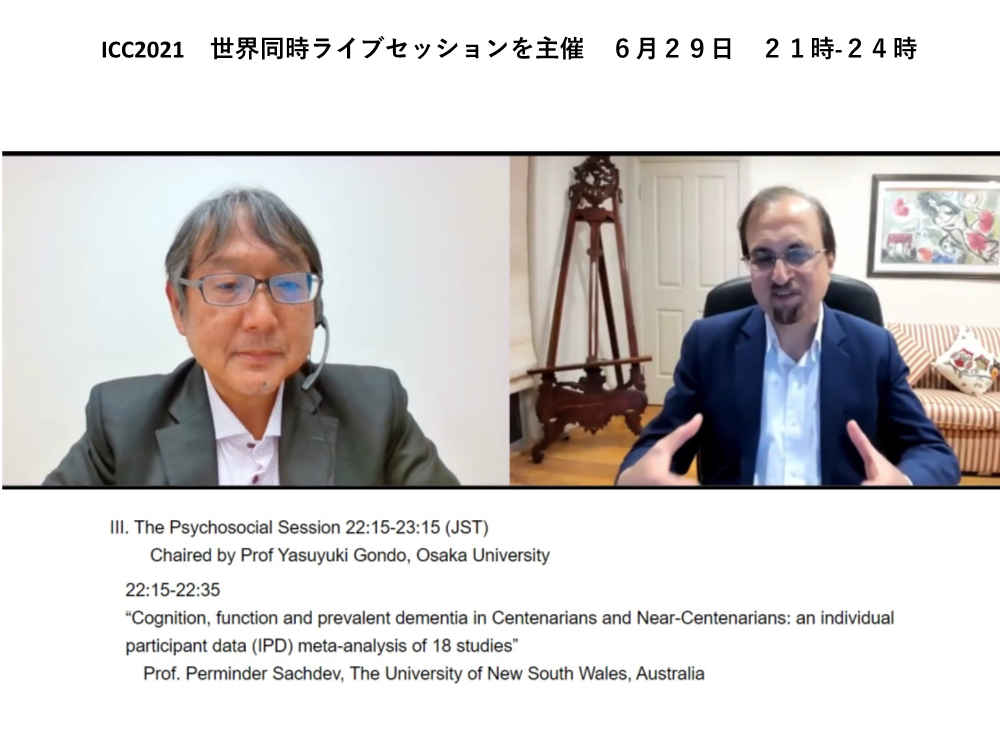