As part of the Richard L. Armitage Program, a public seminar, "US Foreign Policy After Trump: Implications for East Asia," was held online on Thursday, January 28, 2021. Over 400 people participated in the seminar, which was held in a webinar format with simultaneous interpretation provided both in Japanese and in English.

The seminar, which was held roughly a week after the start of the Biden administration in the U.S., drew widespread interest, and the opinions exchanged were extremely beneficial for understanding U.S. foreign policy after Trump, especially its implications to East Asia.

At the beginning of the session, Amb. Richard Armitage (Armitage International) indicated that Biden's foreign policy would probably focus more on allies and that his administration would likely be one that listens to what the world has to say. He also emphasized that Japan's leadership will become increasingly significant, that the Japan-U.S. alliance will continue to be of importance to the U.S., and that there is a need for Japan-U.S. relations to mature further. Next, Mr. Abraham Denmark (Wilson Center) expressed the view that although the U.S. lost a lot in the past 4 years, the region still expects U.S. to return, and that the Biden administration will do everything it can to make this happen. Afterward, Dr. Zack Cooper (American Enterprise Institute) said that although the U.S.'s image deteriorated while President Trump was in office, it is expected to recover substantially with the start of the Biden administration; nevertheless, he also pointed out that there are major domestic restrictions tempering optimism.

In response to the 3 reports that focused on the differences between the Trump and Biden administrations, Professor Ken Jimbo (Keio University Faculty of Policy Management) asked questions from the perspective of how we should consider their continuing impact.

During the question and answer session, topics such as the Biden administration's policy toward China were discussed. While the participants felt that it was shown that the Biden administration's policy toward China is sufficiently tough, they were also interested to know what contributions Japan can make, prompting an exchange of opinions on this point. 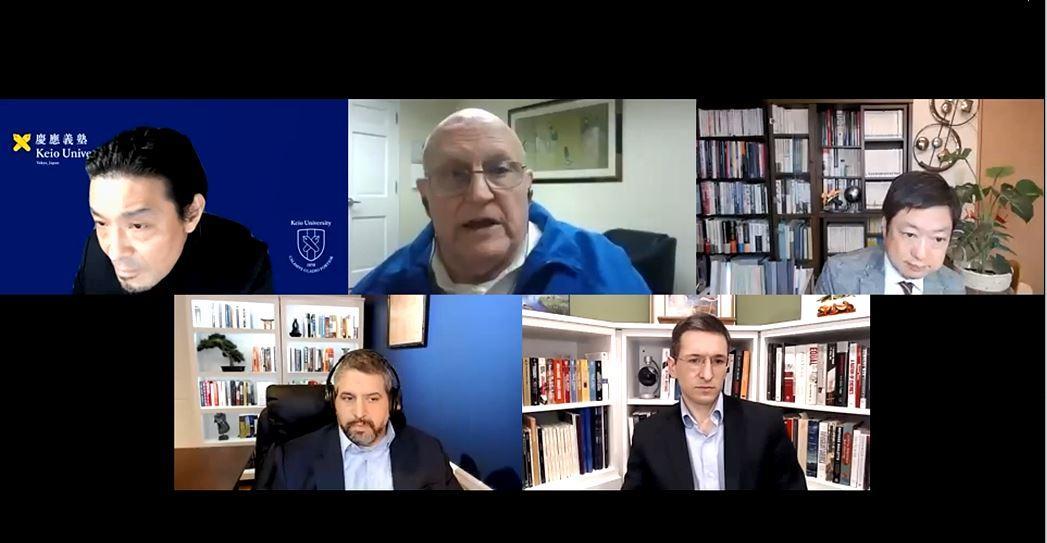