On Thursday, October 29, 2020, the Fifth China-Japan-Korea Track 2 Dialogue on Cybersecurity was held online. Experts from the three countries, centering around the Keio University Global Research Institute (KGRI), China Institute of International Studies (CIIS), and Korea University, discussed the progress of cyber legislation in their respective countries and cybersecurity internationally. In addition, a keynote speech was given by Daisuke Sato, the director of the Economic Security Policy Division at the Ministry of Foreign Affairs.

The China-Japan-Korea Track 2 Dialogue on Cybersecurity was jointly launched by Keio University, CIIS, and Korea University in 2016 as a platform for critical dialogue between the three countries, and is hosted once yearly in rotation. To date, the first dialogue was held in Seoul, Korea, the second in Beijing, China, and the third in Tokyo, Japan, before returning to Seoul for the fourth event. The fifth dialogue, in which over 40 people from the three countries participated, was held online due to the travel restrictions resulting from the spread of COVID-19 (coronavirus disease). 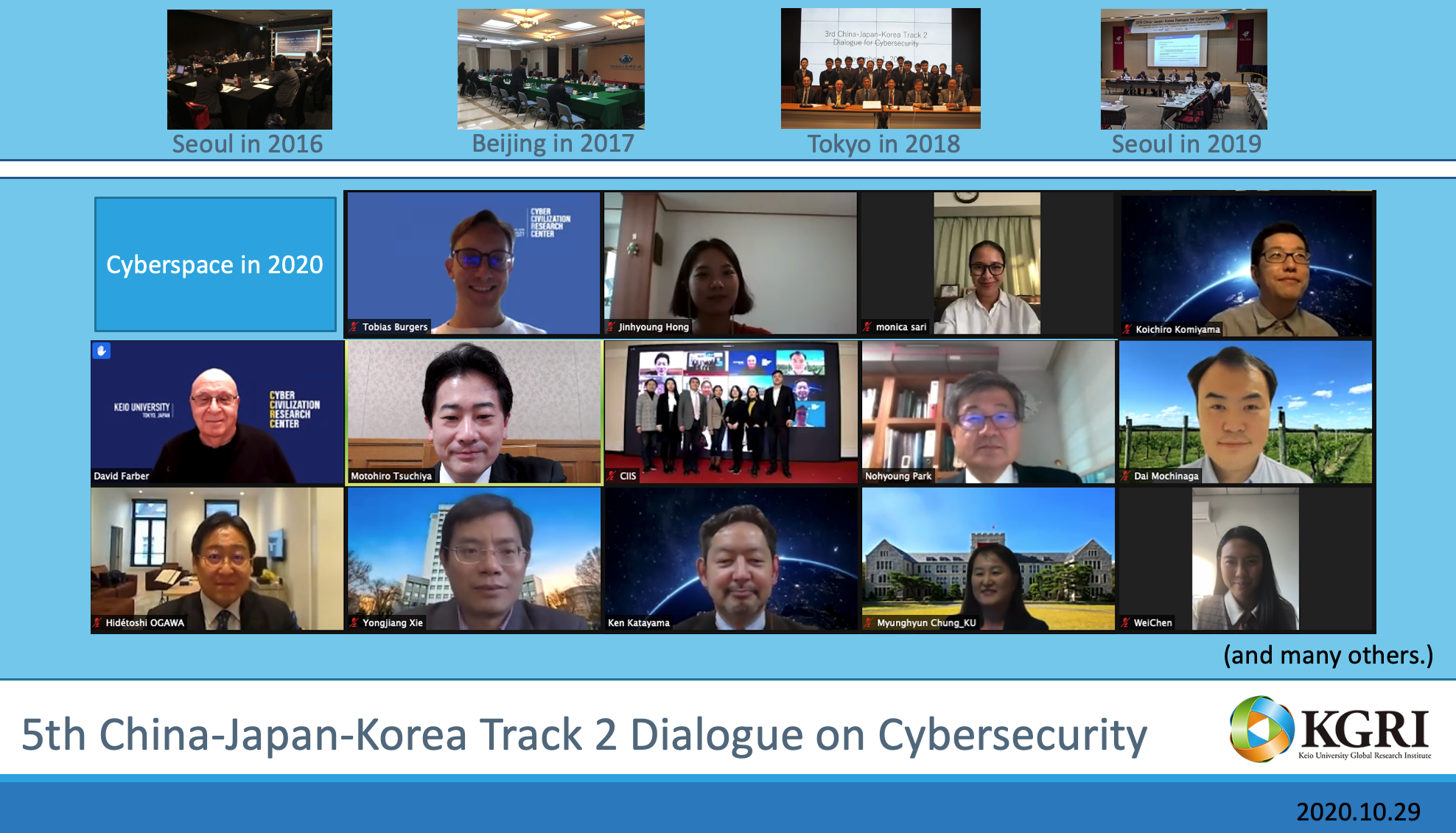 [Project]
Program for the Advancement of Research in Core Projects: Security and Governance in the Changing World